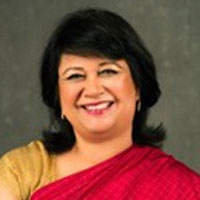 AIMA is a non-lobbying organization, working closely with Industry, Government, Academia and students to further the cause of the management profession in India. AIMA makes a salutary contribution to management learning and practice in the country by offering various services in the areas of testing, distance education, research, publications and management development programmes.

Rekha took charge of AIMA in June 2008. She has since established AIMA as the preferred platform for discussions and debate on management and has deepened AIMA's relationship with the Government of India and India Inc. AIMA now attracts India's top industry leaders and policy makers on its platform. Rekha is also on the Boards of some leading Indian companies as an Independent Director including Sun Pharmaceutical Industries, the world's fifth largest specialty generic pharmaceutical company and India's top pharmaceutical company. She is also on the Board of Sun Pharma Laboratories Ltd. Rekha is an Independent Director on the Board of CESC, one of India's leading Power generation and distribution companies and the flagship company in the RP- Sanjiv Goenka Group. She is also an Independent Director on the Board of Hero Steels Limited, which manufactures steel sheets and products.

She is part of the Executive Council of the National Board of Accreditation, which is mandated to facilitate quality in technical education syllabi in India and a member of the Advisory Board of the Switzerland based St Gallen Foundation think tank, Leaders of Tomorrow - Knowledge Pool. She is also a member of UN Women's Business Sector Advisory Council, which focuses on best practices in Women Empowerment Practices and Gender Equality

Prior to joining AIMA, Rekha worked with India's premier industry organization, the Confederation of Indian Industry (CII) for over 17 years. There she led the initiative to create high-profile international events to promote India's economic interests.

Rekha started her career at the Centre for Development of Telematics (C-DoT) in 1985 and worked at UDI, India's first yellow pages publisher, before joining CII. She graduated in English Literature from St Stephens College, Delhi, and has a post-graduate diploma in Advertising and Marketing.

Neeraj has 25-year experience, having worked both on big brands and in large agencies. He has worked with MNCs like Philips, OSRAM Siemens, Gillette & Bates 141 and Indian corporates such as SIFY Ltd, with his last stint being with HT Media as the Head of Strategy, Planning & Operations with Fever Entertainment.

Currently he is the Director – Center for Management Development at AIMA, a department which is into setting up platforms for executive training and learning. The three divisions under the department look after flagship events of AIMA, overseas programs in the Silicon Valley, China and Israel, retreats in various functions like HR, Digital Marketing and Leadership, National competitions under Business Simulation and Competitions and quiz categories

He is a B Com (H) from Delhi University and MBA in International Business. He has served in functions such Business Development, Client Servicing, Operations and Strategic Planning. He has been a keen concept person and has been instrumental in setting up large properties in the commercial, corporate and entertainment fields

He is a keen trainer and has been faculty at IMT, AIMA, MKU and Mount Carmel Business School. His favorite past times are travelling, in depth reading on international relations, contemporary issues and has published work of short stories and articles. 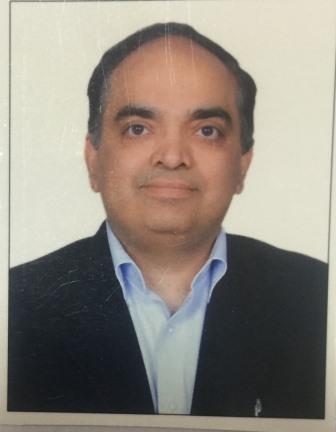 Chanakya is a business simulation where participants are confronted with business issues. They are asked to take management decisions and see the business effect of such decisions, soon thereafter. Participants play to win, and in seeking to win, they imbibe new forms of competitive behavior that are ideal for today's highly chaotic business conditions. The competition urges participants to learn willingly, and the in- built interactivity enhances the pace of learning.